Ondato, a Lithuanian digital and biometric authentication startup, raised $2 million in seed funding and announced its expansion into Europe naming London as its new headquarters. The business will now be based in London’s Canary Wharf district.

Following the capital raise from B2B accelerator Startup Wise Guys and venture firm OTB Ventures, Ondato now looks to expand its product development at its research and development hub in Lithuania, while expanding to the UK, Germany, France and Spain this year.

Over the past year, the impact of COVID-19 has increased the need for effective and cost-efficient Know Your Customer (KYC) compliance by banks, insurance providers, merchants and traders. This rapid digitisation of business has led to Ondato’s suite of authentication products to be adopted by a wide range of industries all requiring user verification, identification and risk management.

Ondato reportedly has over 150 clients across 24 countries, from gig economy startups to major corporate banks. 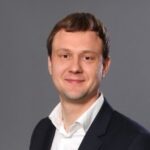 “I am thrilled to be expanding the Ondato business after our seed capital raise. The UK remains a business capital for Europe and we are excited to call London our new home – undeterred by Brexit.

Amid the unprecedented global disruption of 2020, agile start-ups such as Ondato have rapidly grown to meet the new needs of an increasingly digitised economy. New consumer trends and business processes have been formed and we look forward to further growth in the year ahead with the backing and expertise of OTB Ventures.”

View all posts by: admin